Fa’afafine Yuki Kihara celebrates Samoa’s third gender: ‘Galleries think they can tick the box with me’ 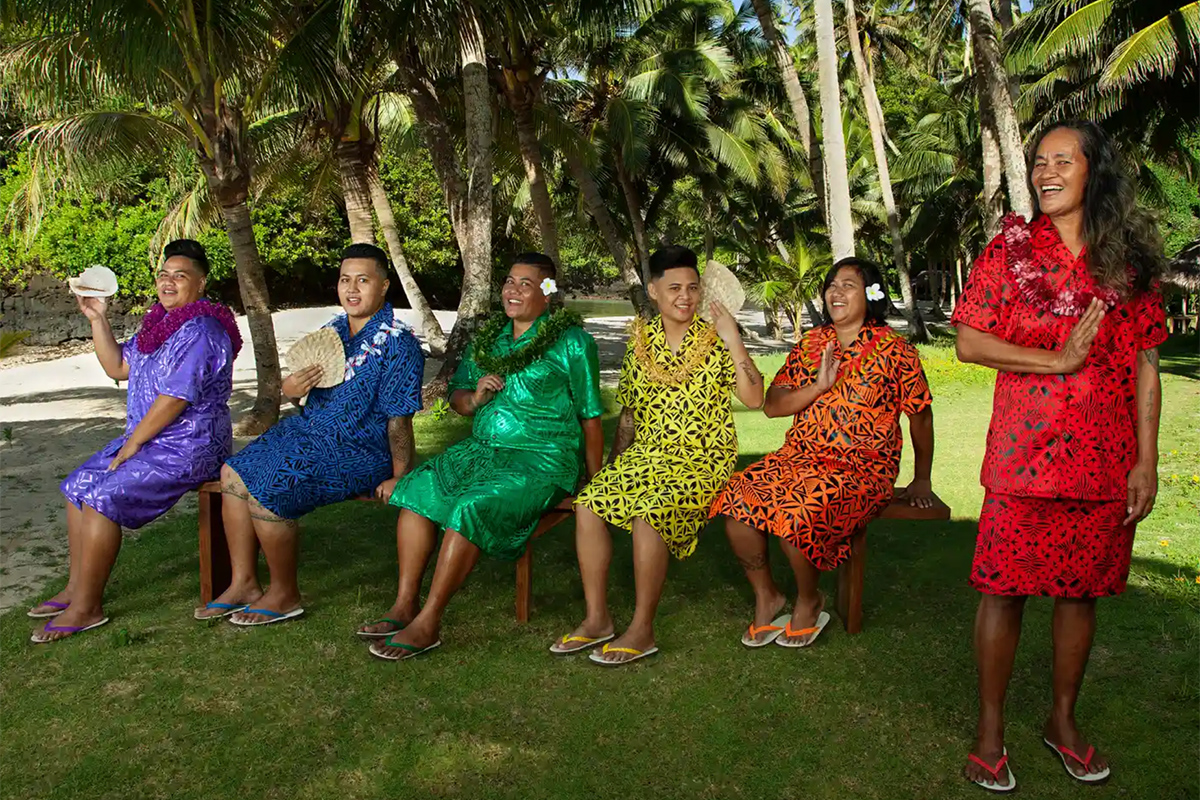 Representing New Zealand at the Venice Biennale, the Samoan-Kiwi artist is foregrounding Samoa’s fa’afafine and transgender communities, and the climate crisis hidden from tourists

The Venice Biennale is considered one of the most prestigious art events in the world, but Yuki Kihara seems more weary than excited. When asked how it feels to be representing Aotearoa New Zealand with her exhibition Paradise Camp, she says, “I feel like it’s long overdue.” The biennale has already been postponed a year due to the pandemic. For a time, it seemed unclear whether it would go ahead at all.

Curated by Natalie King, Paradise Camp comprises 12 tableau photographs that offer a winking response to the paintings of French post-impressionist Paul Gauguin and a wry comment on tourism and the climate crisis. The photographs are presented alongside a five-part video talk show, and wallpaper depicting Samoa’s tsunami-devastated landscape. Prominent in every element of the show are fa’afafine – a Sāmoan term that literally means “in the manner of a woman” and refers to third gender people in both singular and plural.