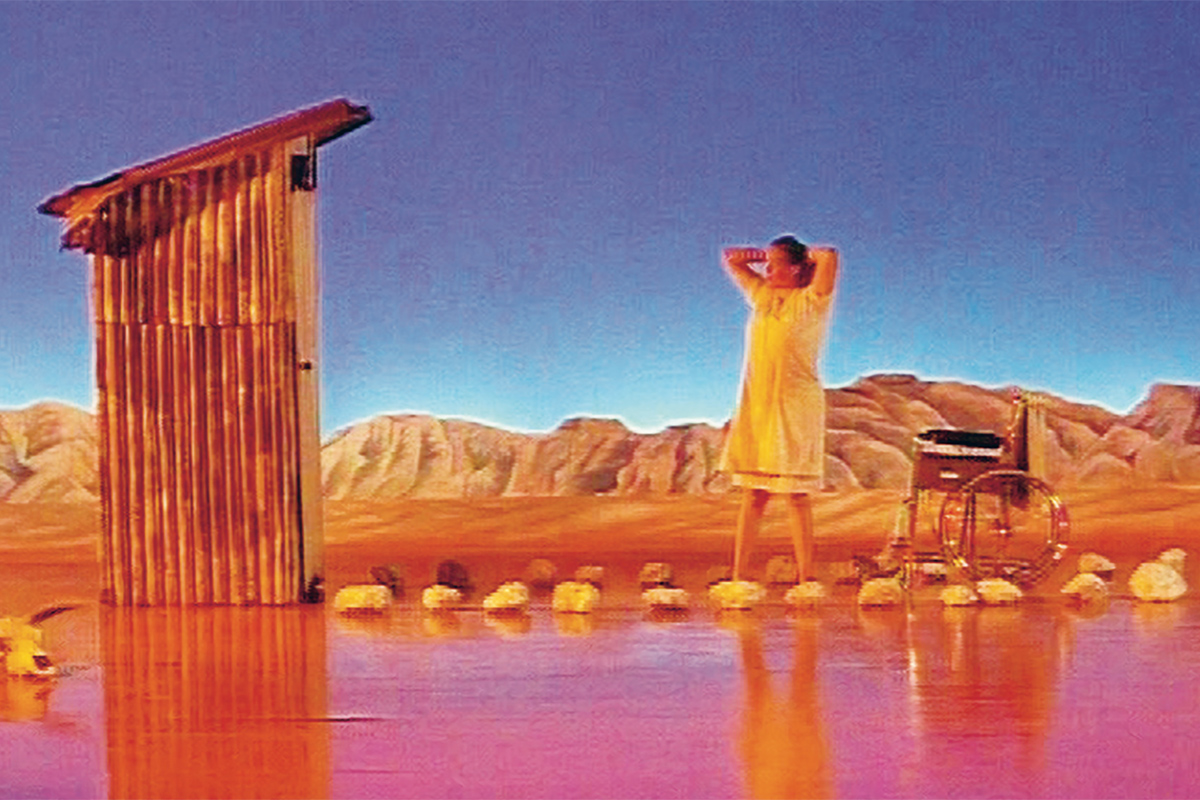 Tracey Moffatt’s semi‐autobiographical short film Night cries: a rural tragedy 1989 depicts a fraught and complex relationship between a frail, white woman and her adoptive Aboriginal daughter, played by academic and activist Marcia Langton, who ministers to her disabled, toothless mother in a studio set of an artificial homestead. Screened as part of the Official Selection at the Cannes Film Festival in 1990 and exhibited at the Dia Center for the Arts in New York in 1997–98, this 17‐minute film melds photography and filmmaking in stylised scenographies comprising an outback station against an incandescent desert with an oppressive interior framed by window apertures. Here, mother and daughter are trapped in a cycle of care, resentment, beauty, duty, loneliness, religion, belonging and ultimately, loss.