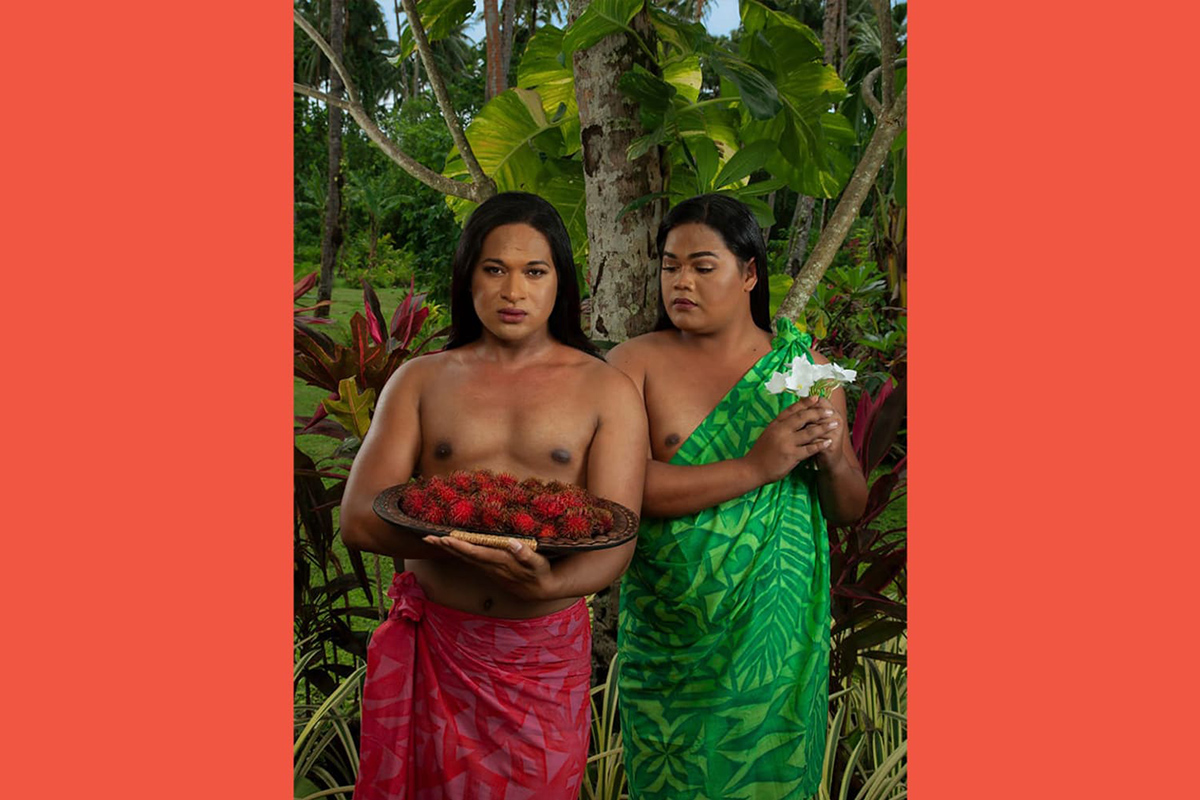 On an early morning in 2008, before the Metropolitan Museum of Art opened for the day, the artist Yuki Kihara sat down across from two paintings by the French artist Paul Gauguin and inspected them in the hushed, empty gallery.

The Japanese and Samoan artist, who was exhibiting at the New York museum at the time, was particularly interested in “Two Tahitian Women,” from 1899, which features two feminine figures in an Eden-like setting. One holds a flower and leans into her companion, who presents a tray of fruit to the viewer, but doesn’t quite look up to meet the eye. Fourteen years after first seeing it, Kihara has “upcycled” — or reinterpreted — the painting, along with many of Gauguin’s other artworks, in a photography series titled “Paradise Camp” for the Venice Biennale.